Although our primary purpose is not to conduct publishable, data-driven research findings, we find occasional opportunities to do just that.

Here are results from a study done with college students who were taking an undergraduate college course at George Mason University entitled “Cultivating the Spirit.” The course used an academic plus experiential-learning approach to the study of mindfulness, resilience, and various other aspects of well-being. It was essentially a PTCI course adapted for this setting and audience.

The first time the course was offered, with Mary Elizabeth as the primary instructor, the face-to-face classroom work was covered in five consecutive days (mornings and afternoons) in January just before the rest of students’ courses would begin. The course work involved an in-depth study of personal values and strengths, training in a variety of methods of mindfulness and meditation, and practices to enhance self-awareness. We also met with the students mid-semester for two-and-half hours to do some more work together; and then again, for the same amount of time at the end of the semester.

We used four primary measures of personal change. For each measure, we used a respected questionnaire or inventory as a way of collecting data four times from the students over the course of the semester. We were interested in charting possible changes in:

As you will be able to see below, there were some interesting and valuable conclusions from that initial offering of the course. But for comparative purposes, we tried a different approach one year later. The same course was offered to a new group of students, this time with only a four-day intensive at the start of the semester, and then monthly two-and-a-half hour classroom sessions. We were interested to see if “spreading” the face-to-face classroom work over the fifteen weeks of the semester might result in more sustainable positive changes in the students. The readings, exercises, and practices were the same. It was just a different way to deliver the experience. The other significant change in the program delivery was that in the second year each student received a telephone one-on-one mentoring session with Mary Elizabeth. This offering of the course was referred to as Phase 2, with Phase 1 referring to the initial course offering with the five consecutive days of classroom work.

For further research comparison, we even had a Phase 3 which was a different college course about mindfulness and well-being. This one had weekly, two-and-a-half hour classroom sessions across the fifteen-week semester, and it covered similar academic material but had no experiential learning to the course. It was essentially about “studying” these concepts, and the student would have had to be self-motivated to find the experiential ways to engage those concepts in his or her own life.

Here were our findings. First you can view the PowerPoint slides that we presented at a professional conference of the Society for the Study of Emerging Adulthood (SSEA). The slides are largely self-explanatory, and near the end of the slide deck you will find graphs of the changes we observed in the four measures of well-being that interested us. (There is an individual slide for each of the four measures.). The graphs indicate how we got a measure of any variable (such as mindfulness) on four different occasions over time: at the very start, about one-fourth of the way through the semester, at mid-semester, and at the very end of the semester. The graphs are color-coded with blue being Phase 1; red, Phase 2; and, green, Phase 3.

In several ways, Phase 2 seemed to be the superior approach, helping students to sustain the personal development progress that our concepts and practices can support. And while there were interesting findings about Phase 3 and its value, the evidence points to the great value of experiential learning alongside merely reading and studying about well-being.

You can also read the peer-review journal article about our study which was published in 2018 in the Journal of Student Affairs Research and Practice. Our faculty colleague and friend Duhita Mahatmya is listed as the first author to recognize the extraordinary work that she did on the data analysis and the first-draft writing of the publishable research paper. Duhita was not directly involved in the creation of the course “Cultivating the Spirit” or in its delivery, but she is personally and professional engaged in many aspects of student well-being, and it was a joy to collaborate with her in analyzing our findings and making them public. 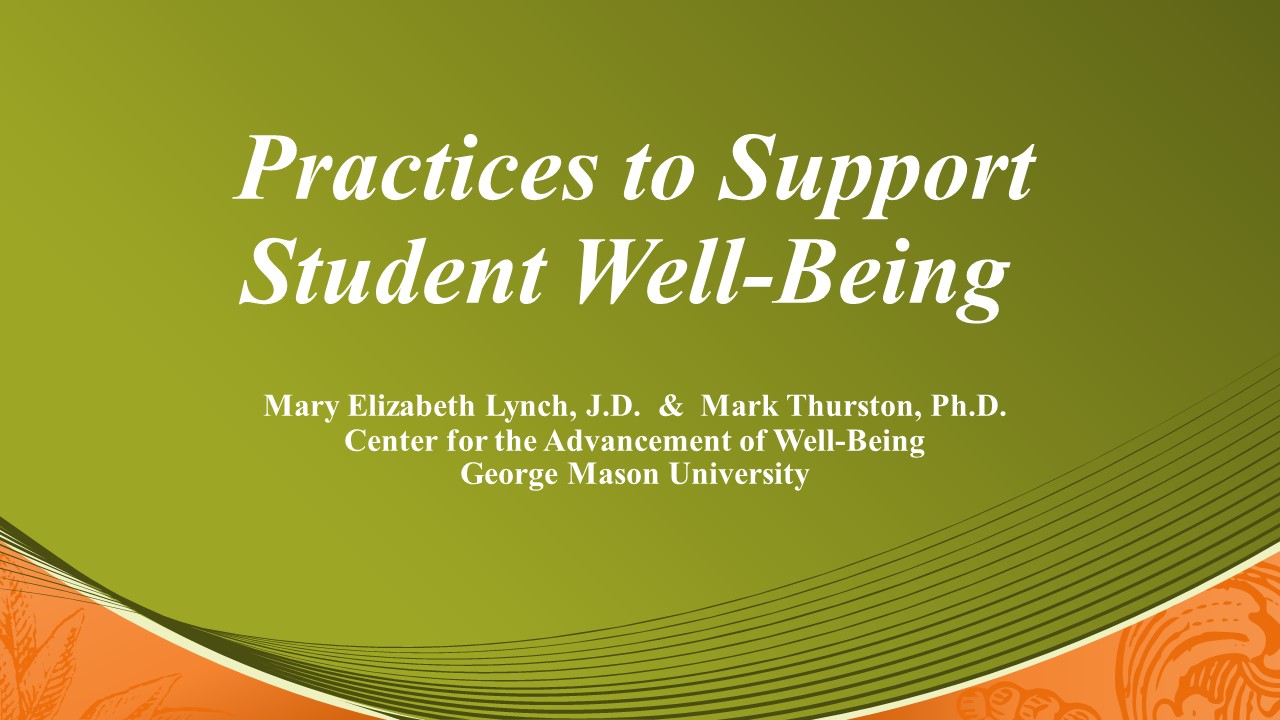 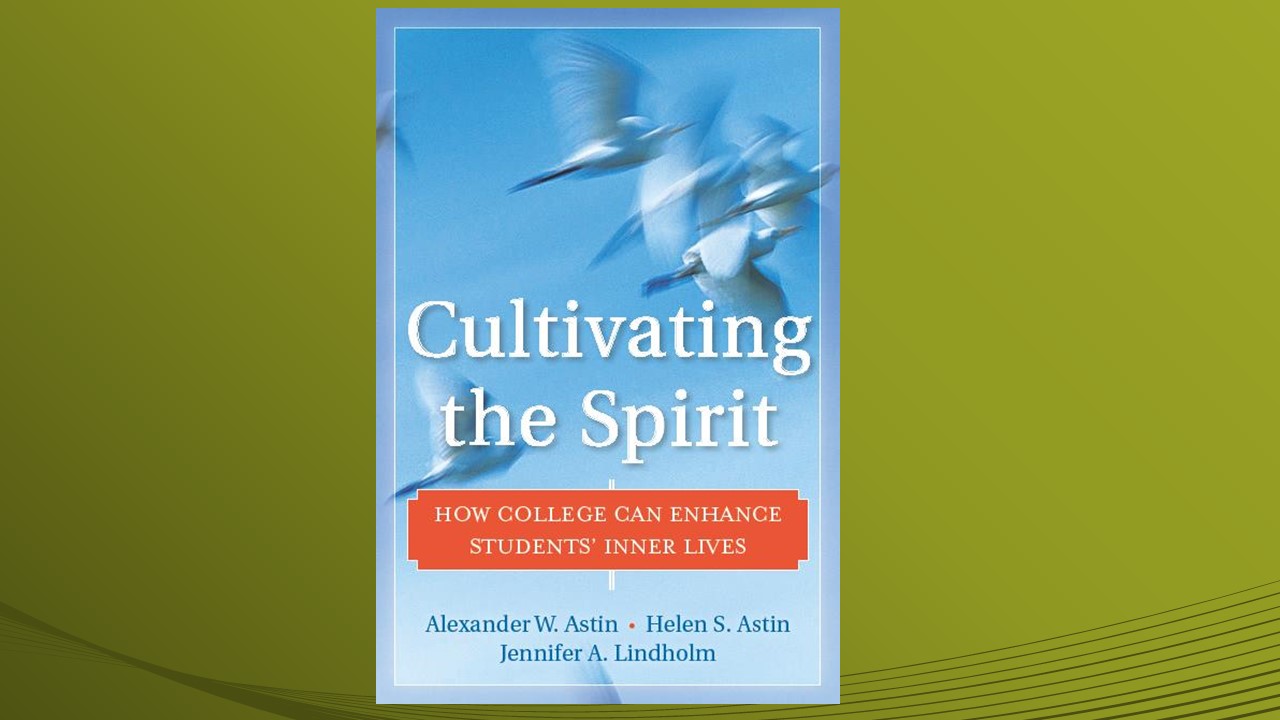 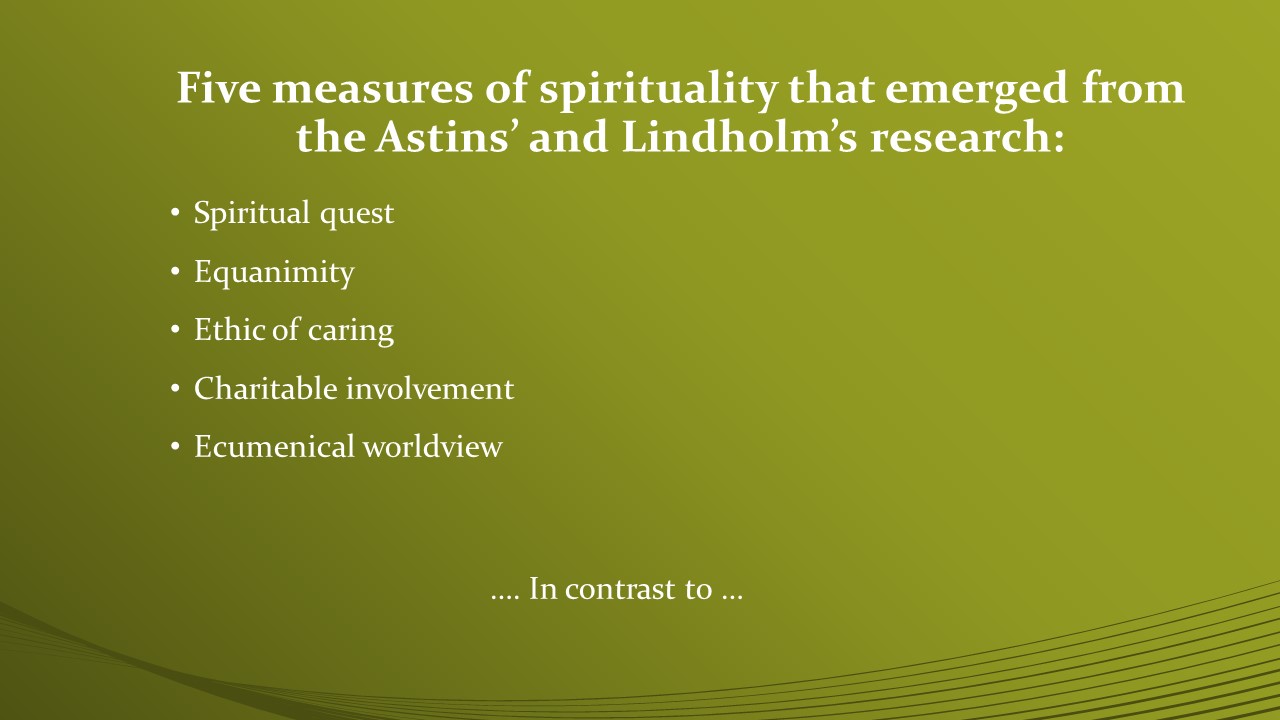 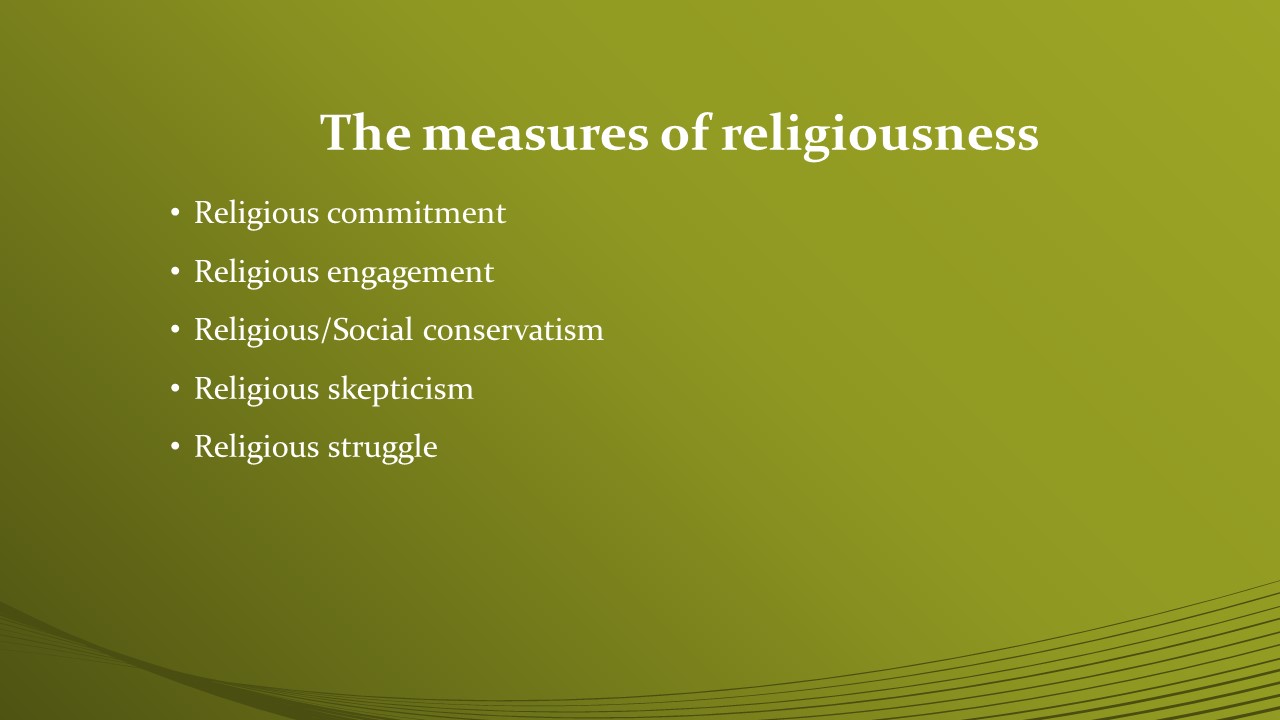 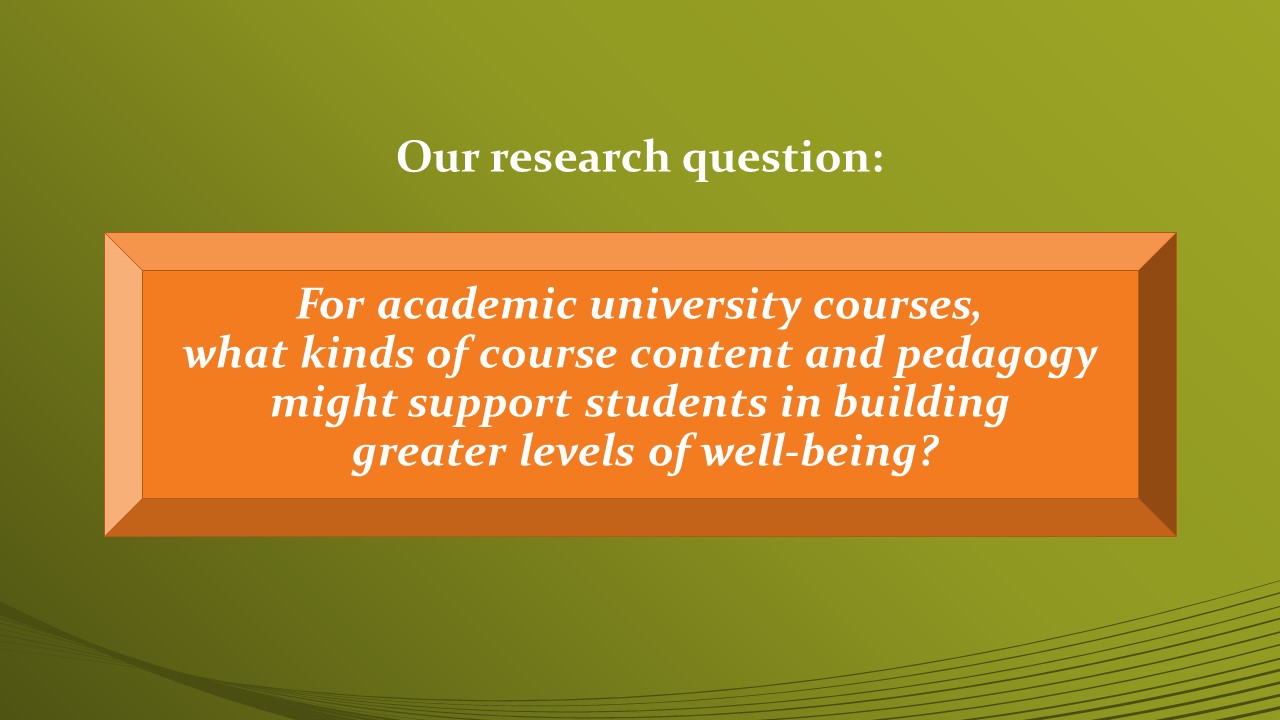 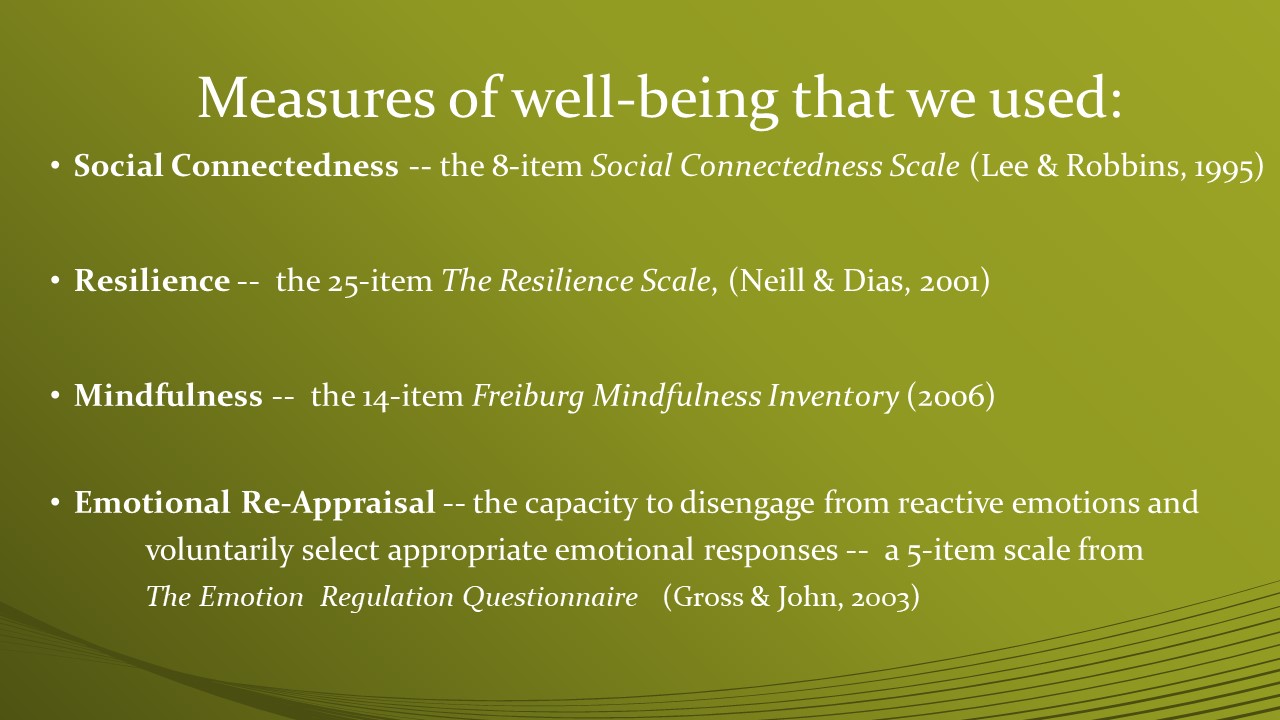 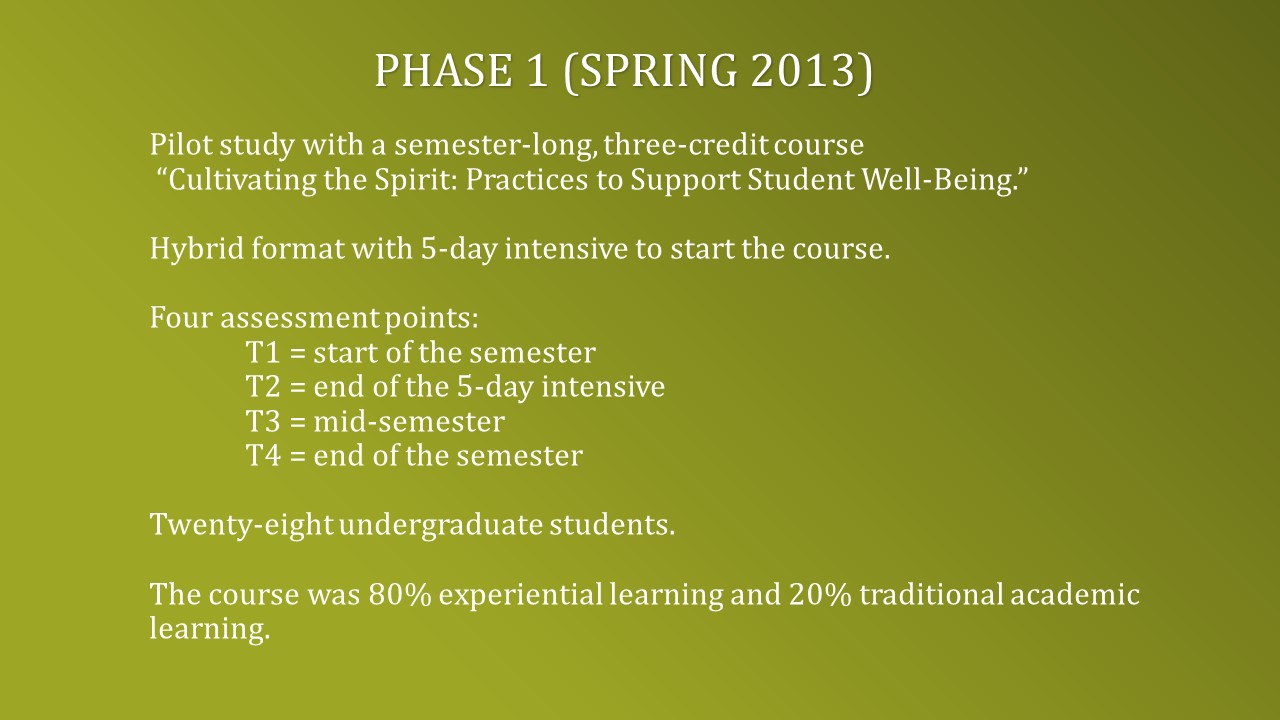 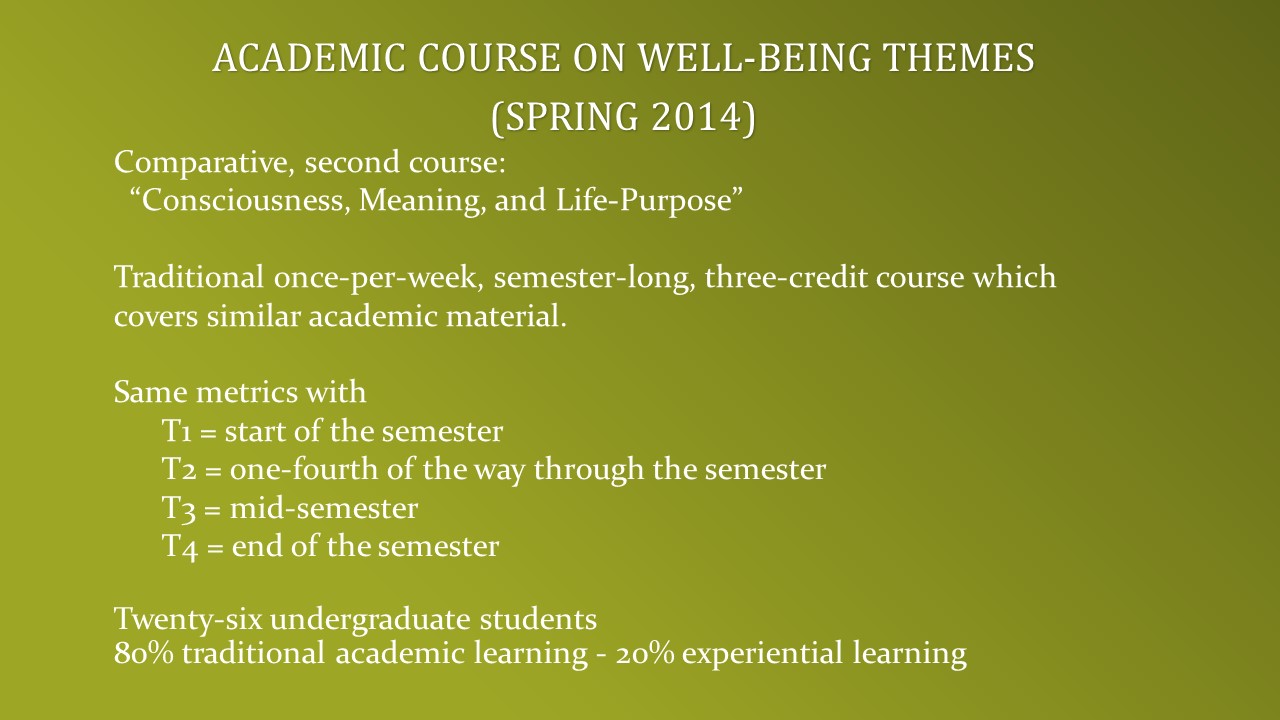 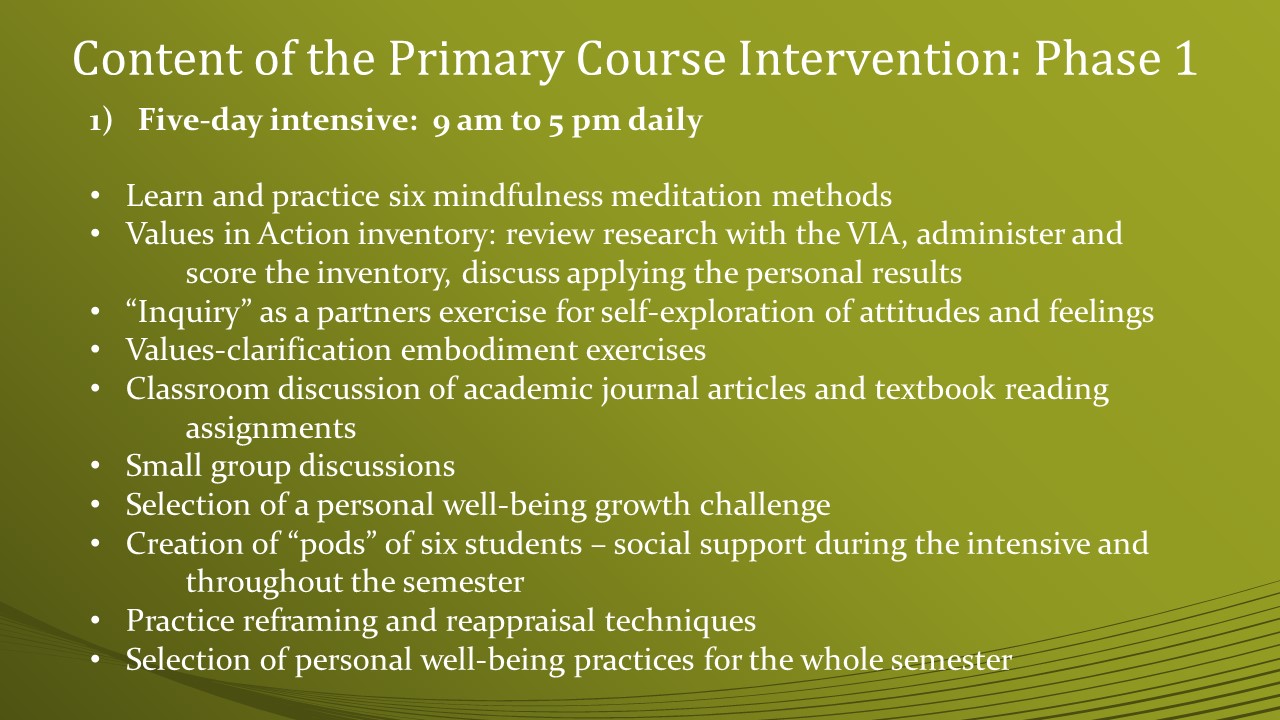 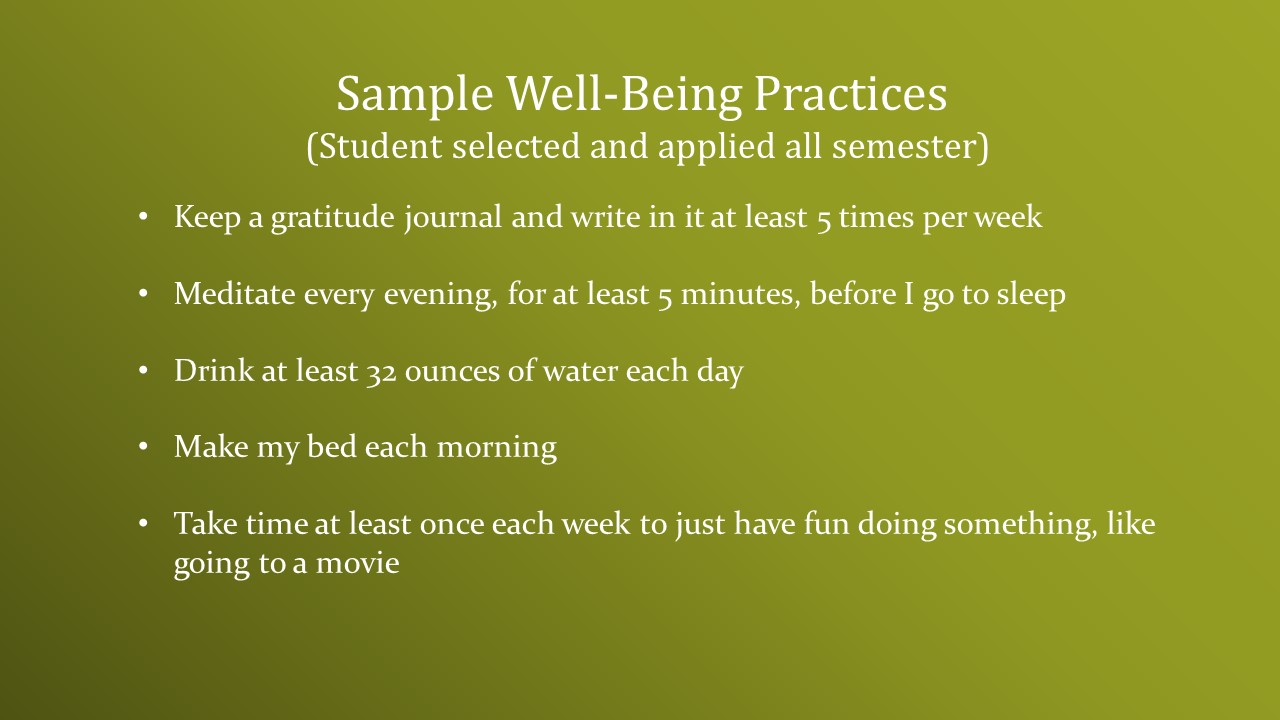 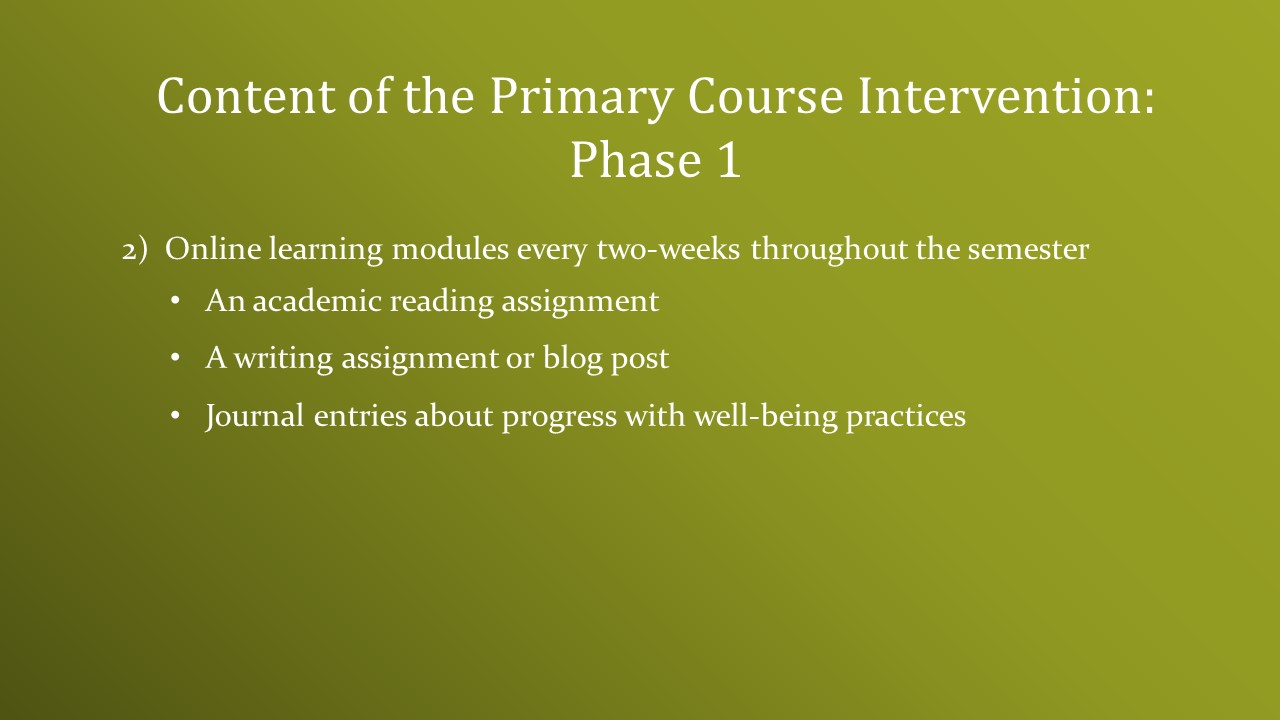 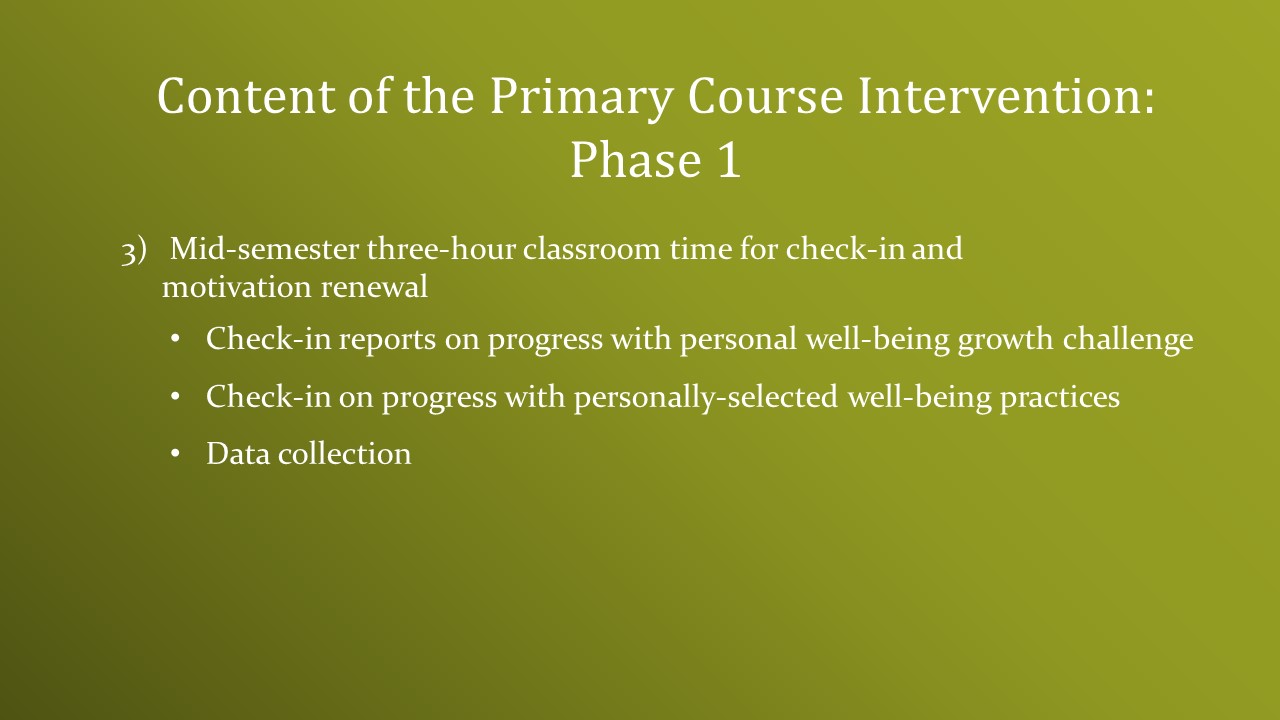 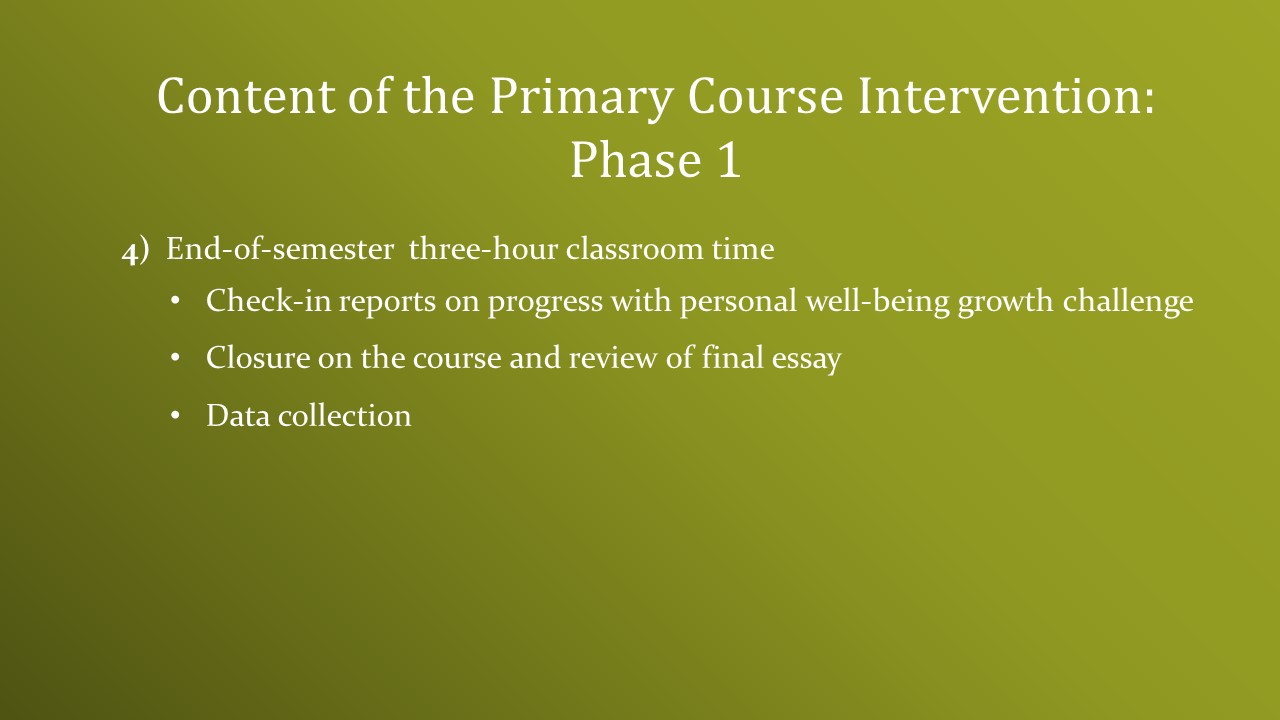 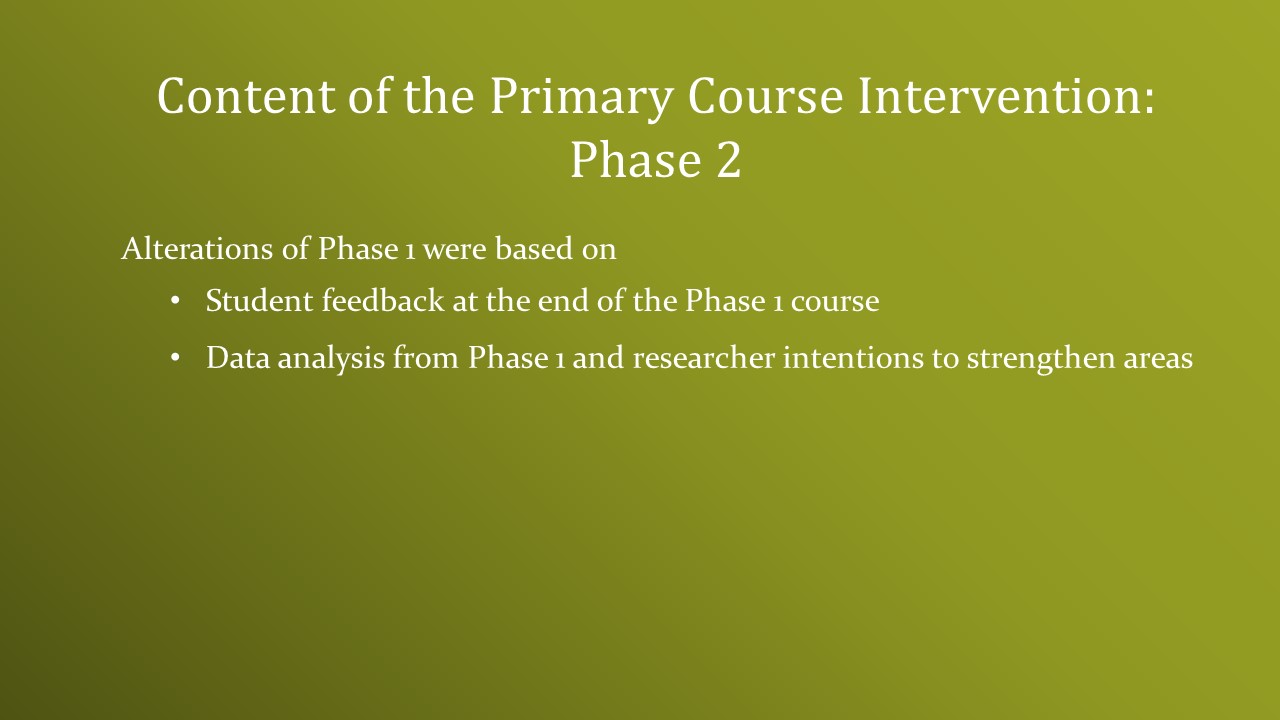 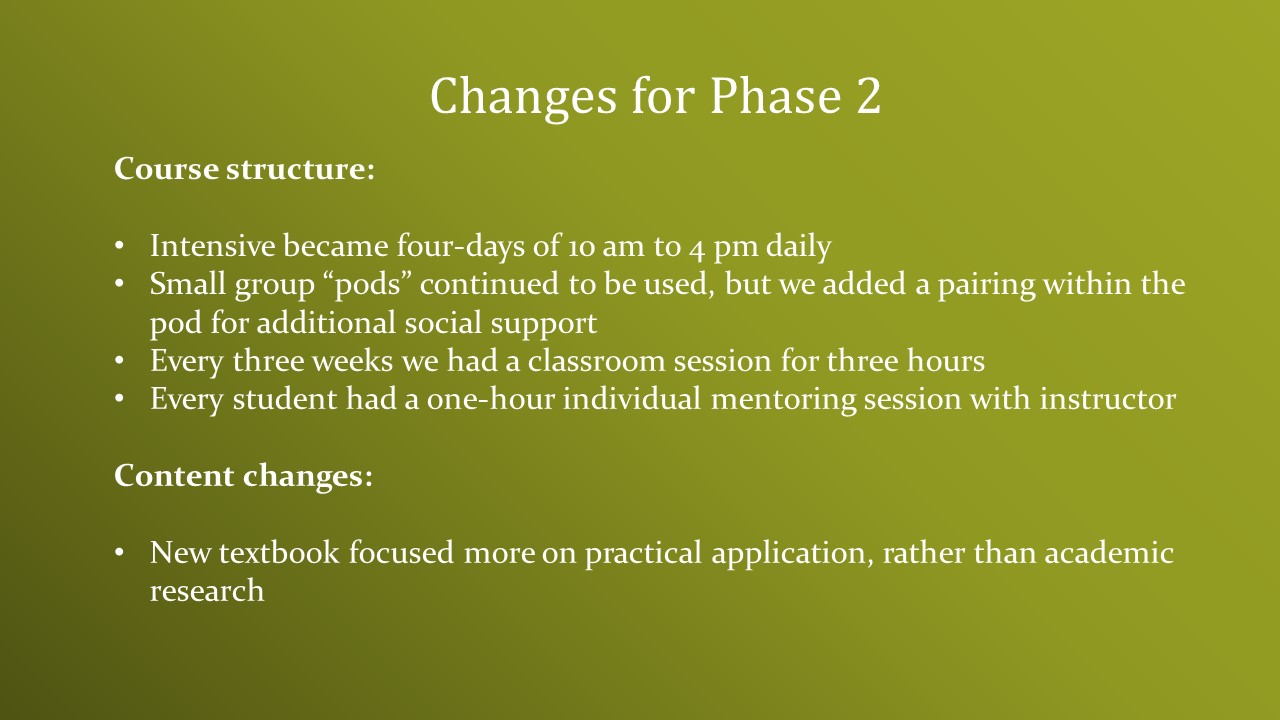 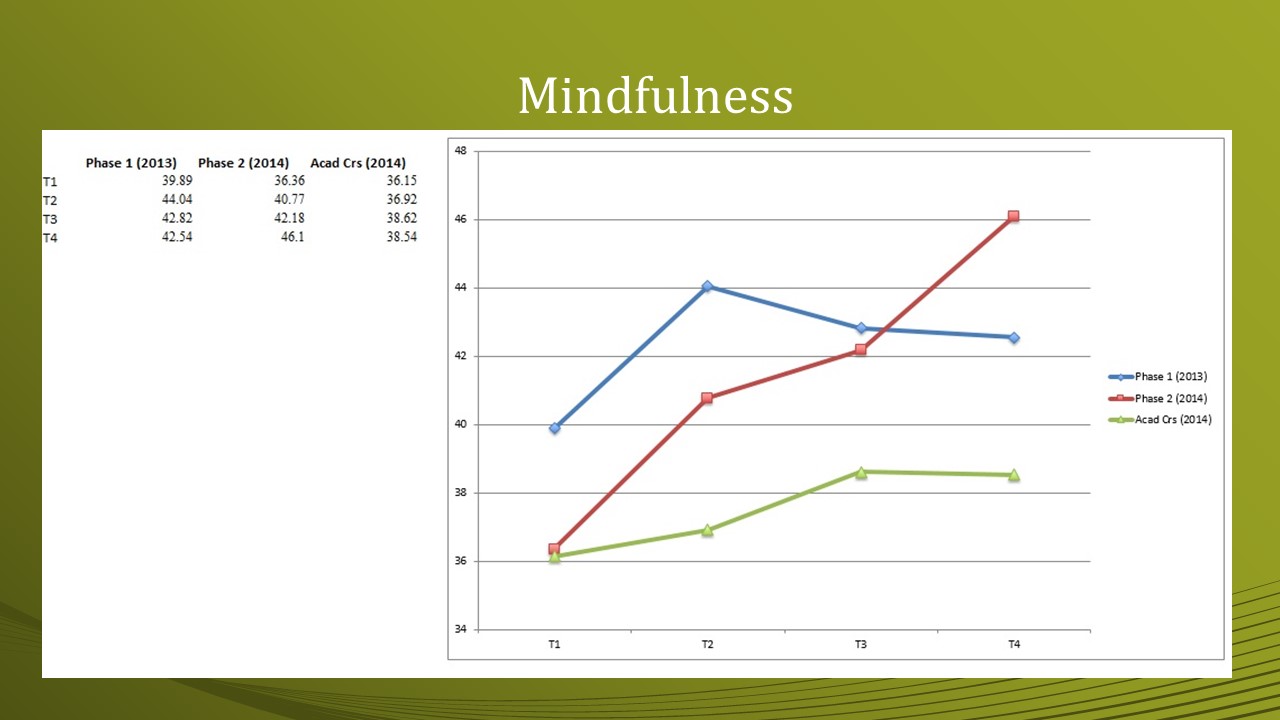 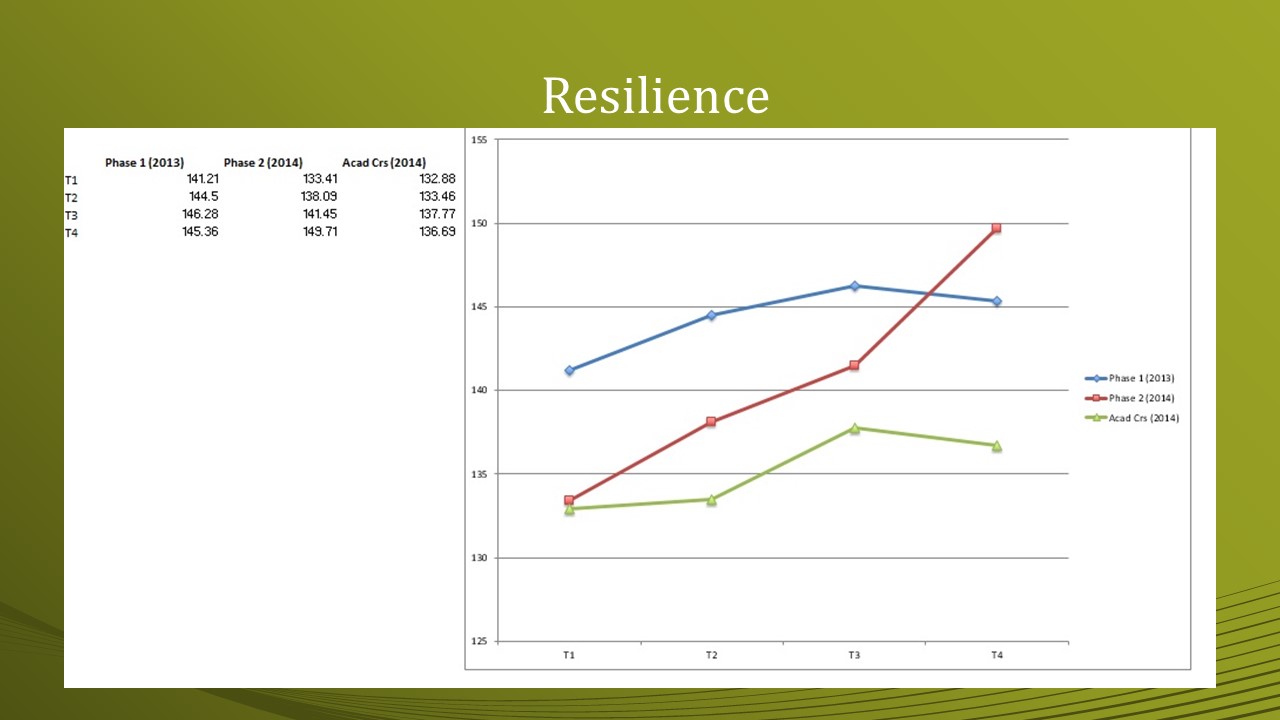 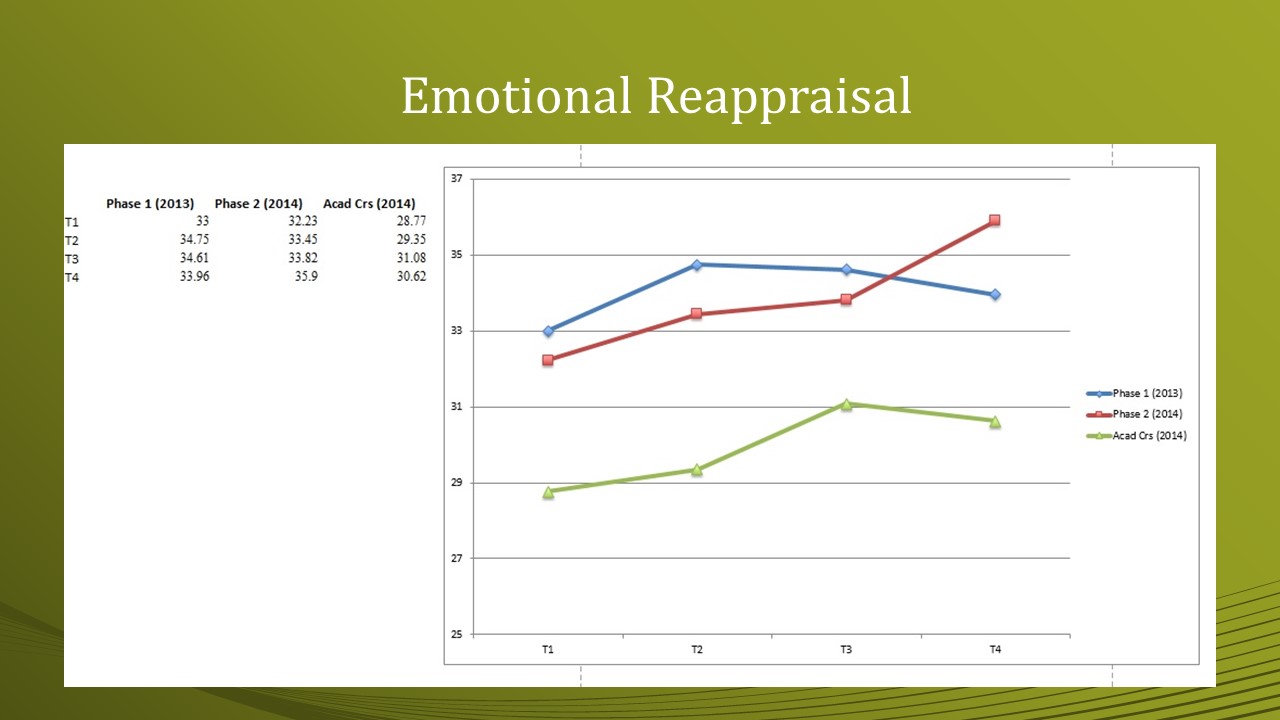 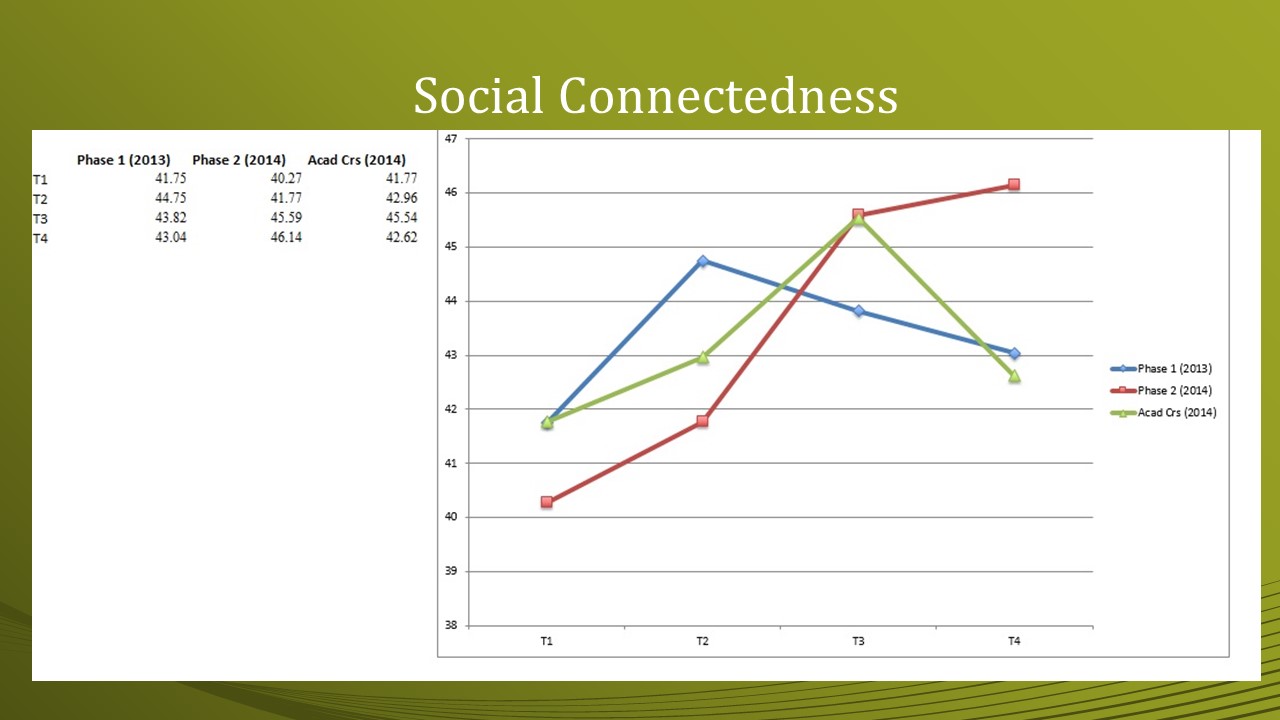 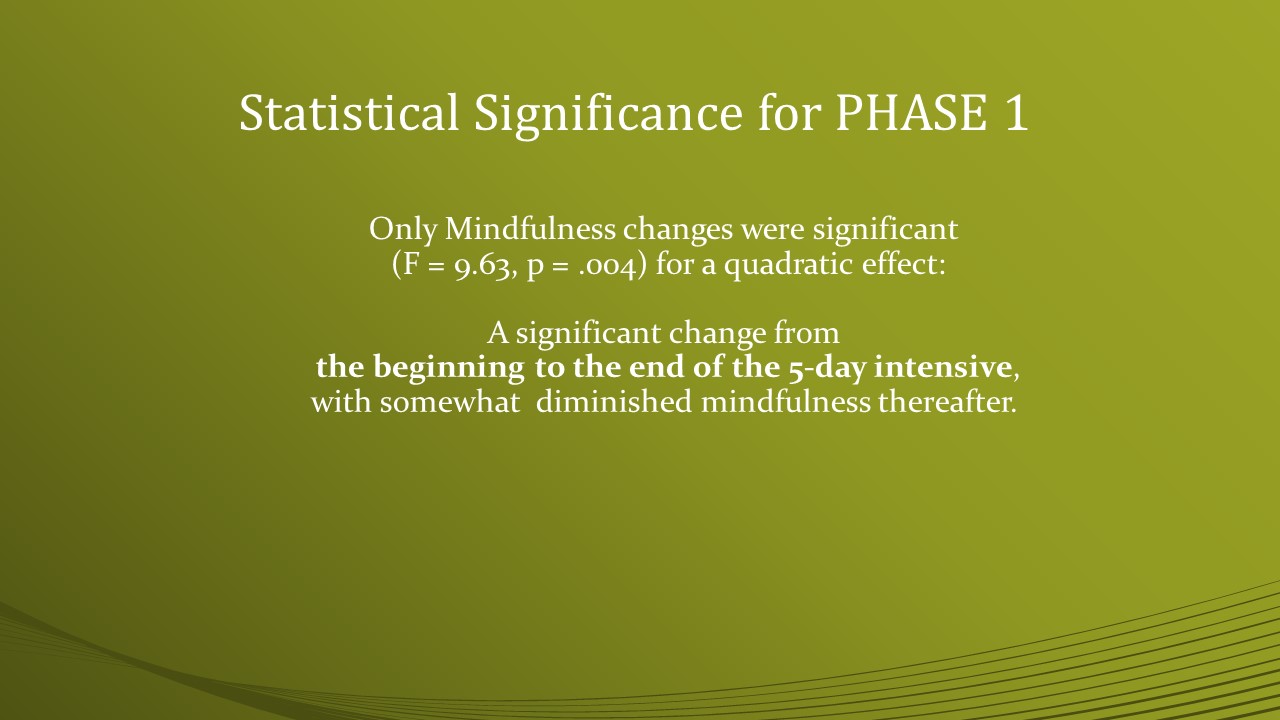 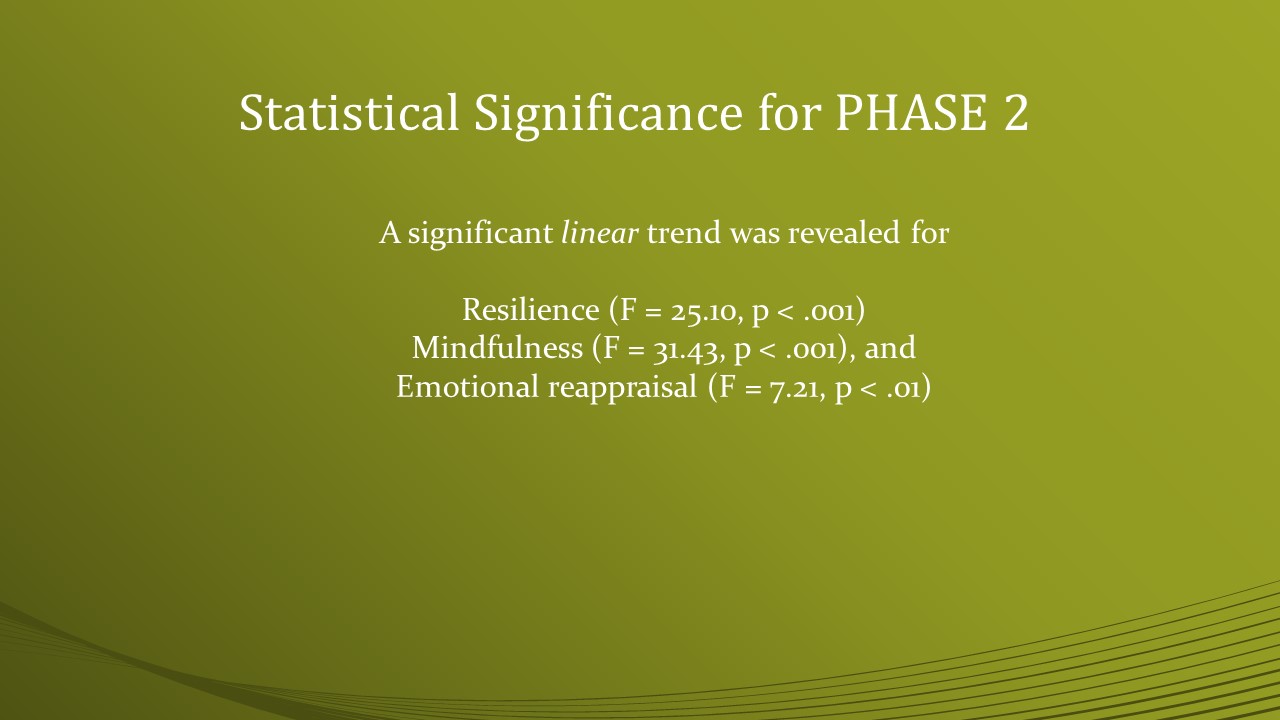 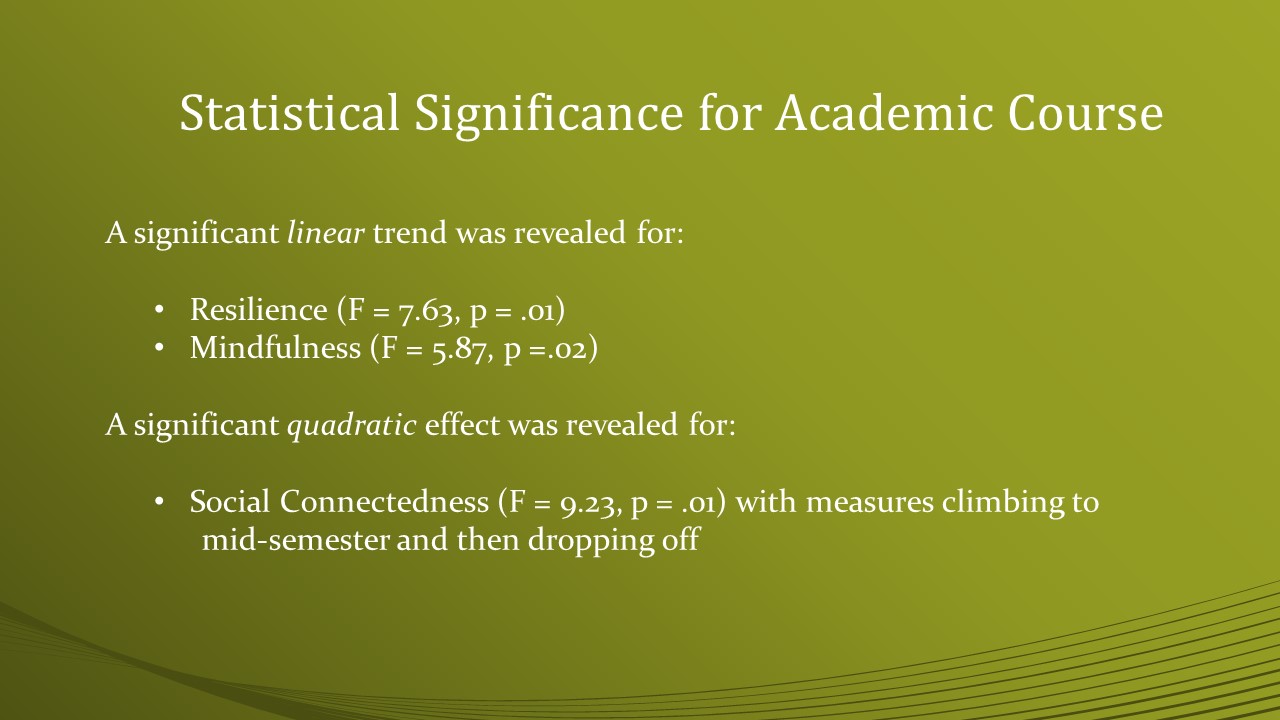 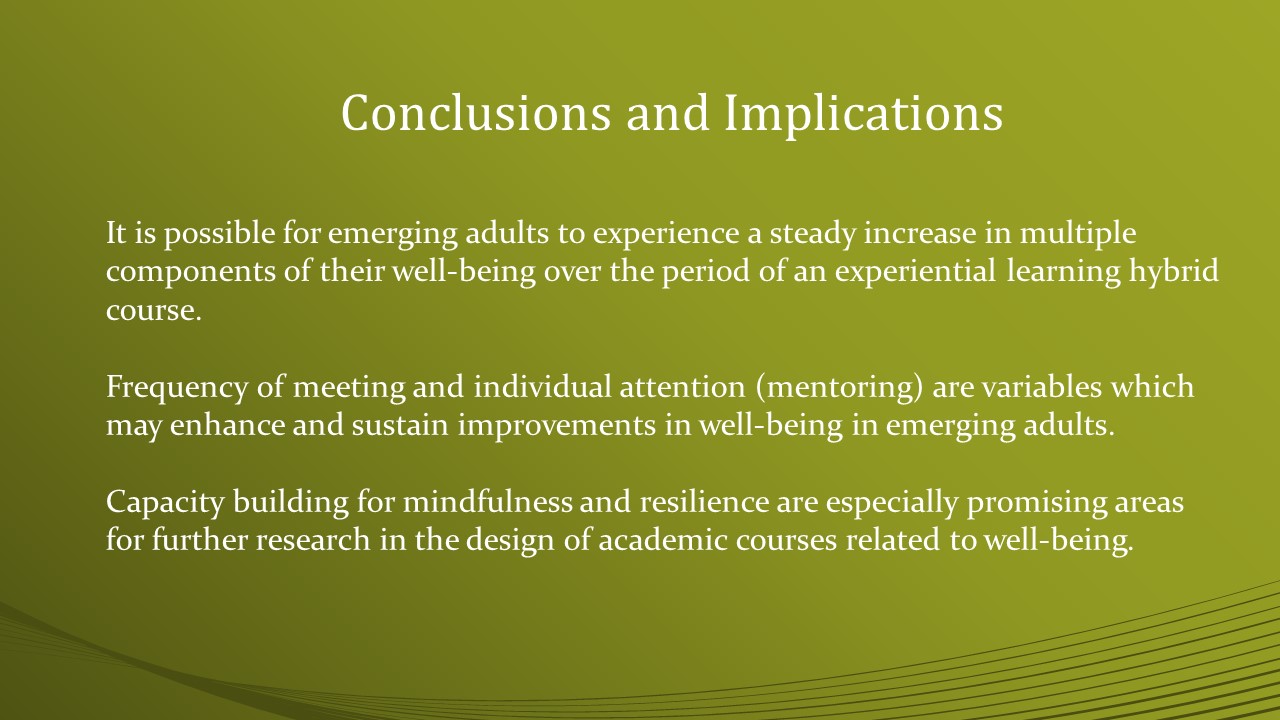